Jim Gelcer and Paul Hoffert are witty and informative bandleaders who connect well with audiences. Their music is described as brilliant performances of cleverly arranged jazz and classical themes. Gelcer has led his own jazz bands, played drums with the Flying Bulgar Klezmer Band, and played keyboards in the Lee Aaron band. His four jazz and Kirtan albums receive wide airplay and critical acclaim. Hoffert founded Lighthouse, a jazz-rock band that earned nine gold and platinum albums. Lighthouse won three Juno Awards and has performed around the world to millions. Along with Miles Davis, he is credited as a creator of fusion music.

“With their jazz brilliance, all the musicians give new life and colour to the music of Glenn and Ludwig!” — TheWholeN

This is part of the SCA 2022-2023 concert Season. Subscribers have until April 30, 2022 to keep the seats they had during the previous season. In order to ensure you receive the same seats, you must either speak to the box office – in person or by phone, or use the order form from the brochure and mail it to the Imperial Theatre Box Office. After this date, all remaining seats will be available for subscribers who want to change their seats, and for new subscribers.

Single tickets go on sale May 2nd, 2022 subject to availability 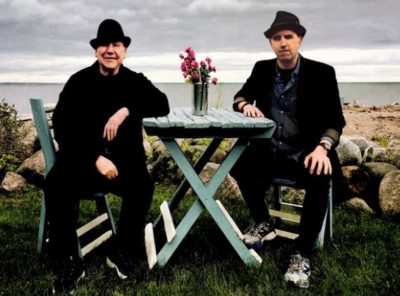