RON JAMES : BACK WHERE I BELONG TOUR

SHANTERO PRODUCTIONS PRESENTS RON JAMES : BACK WHERE I BELONG TOUR

The Imperial Theatre welcomes back Ron James as part of his 'BACK WHERE I BELONG TOUR'!

Canada's stand-out amongst ‘stand-ups', award-winning comedian RON JAMES has been selling out theatres for over 20 years with his marathon, side-splitting performances. Marshalling a comedian's eye for satire and a writer's ear for language, Ron takes his audience on a breath-taking, non-stop roller coaster ride, cutting a wide swath through contemporary culture with a razor-sharp wit, uncompromising standard and unique, poetically honed delivery.

Along with five seasons starring in his own series, "The Ron James Show", his record breaking nine critically acclaimed one-hour comedy specials fast became a New Year's Eve viewing tradition for millions of Canadians. Not to be sidelined by the pandemic, he capitalized on lockdown after lockdown and wrote his first book, ‘All Over the Map: Rambles and Ruminations from the Canadian Road', released by publishing giant Penguin-Random House, September 28th. With the light looking brighter every day at the end of the tunnel, Canada's #1 road warrior is back where he belongs: live onstage delivering laughs face to face to audiences sitting shoulder to shoulder, coast to coast clear cross the Big Wide Open! 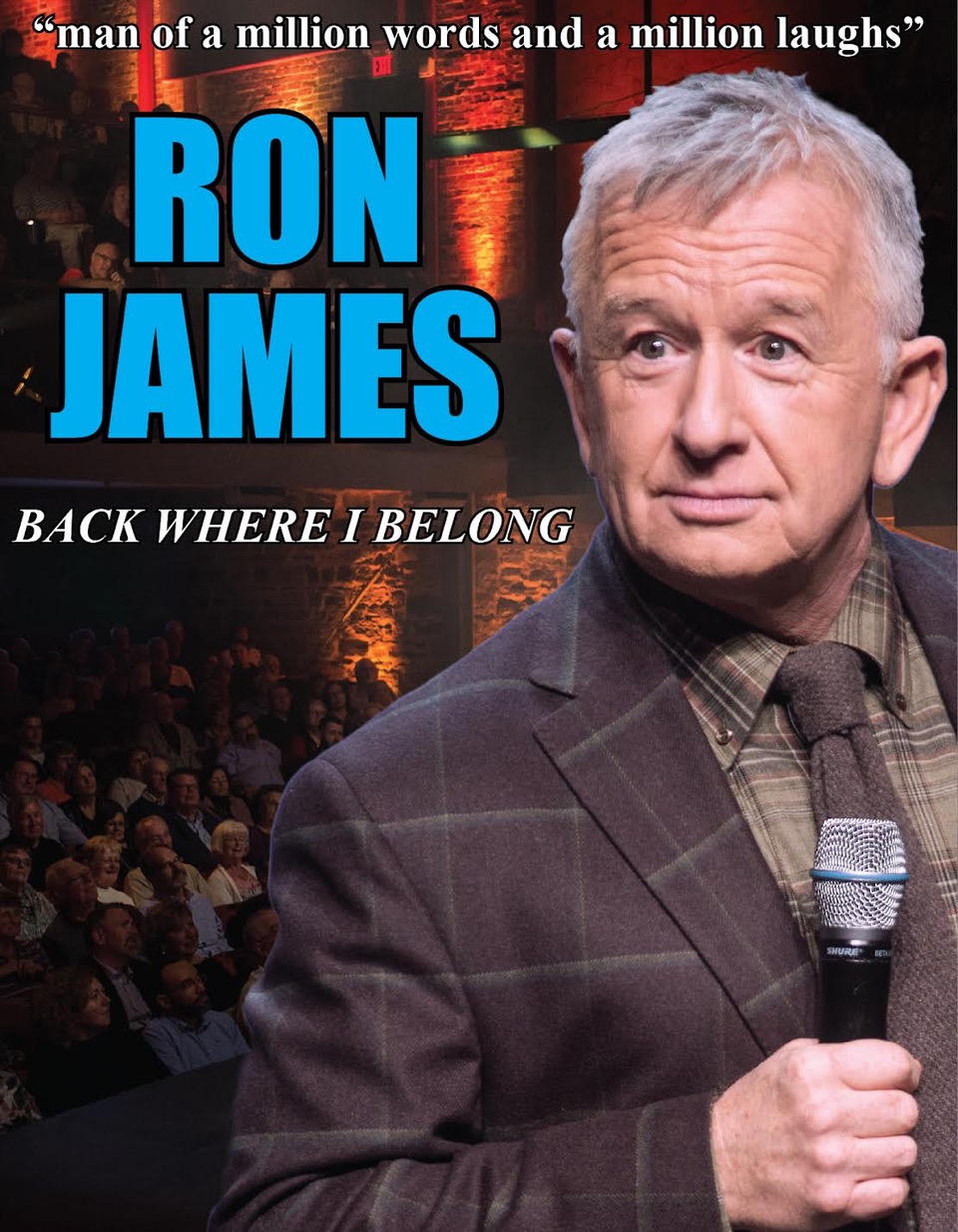 A FOX ON THE FAIRWAY

GERRY DEE - ALONE. ON A STAGE