We welcome International guitar virtuoso Jesse Cook back to the Imperial Theatre April 14, 2023 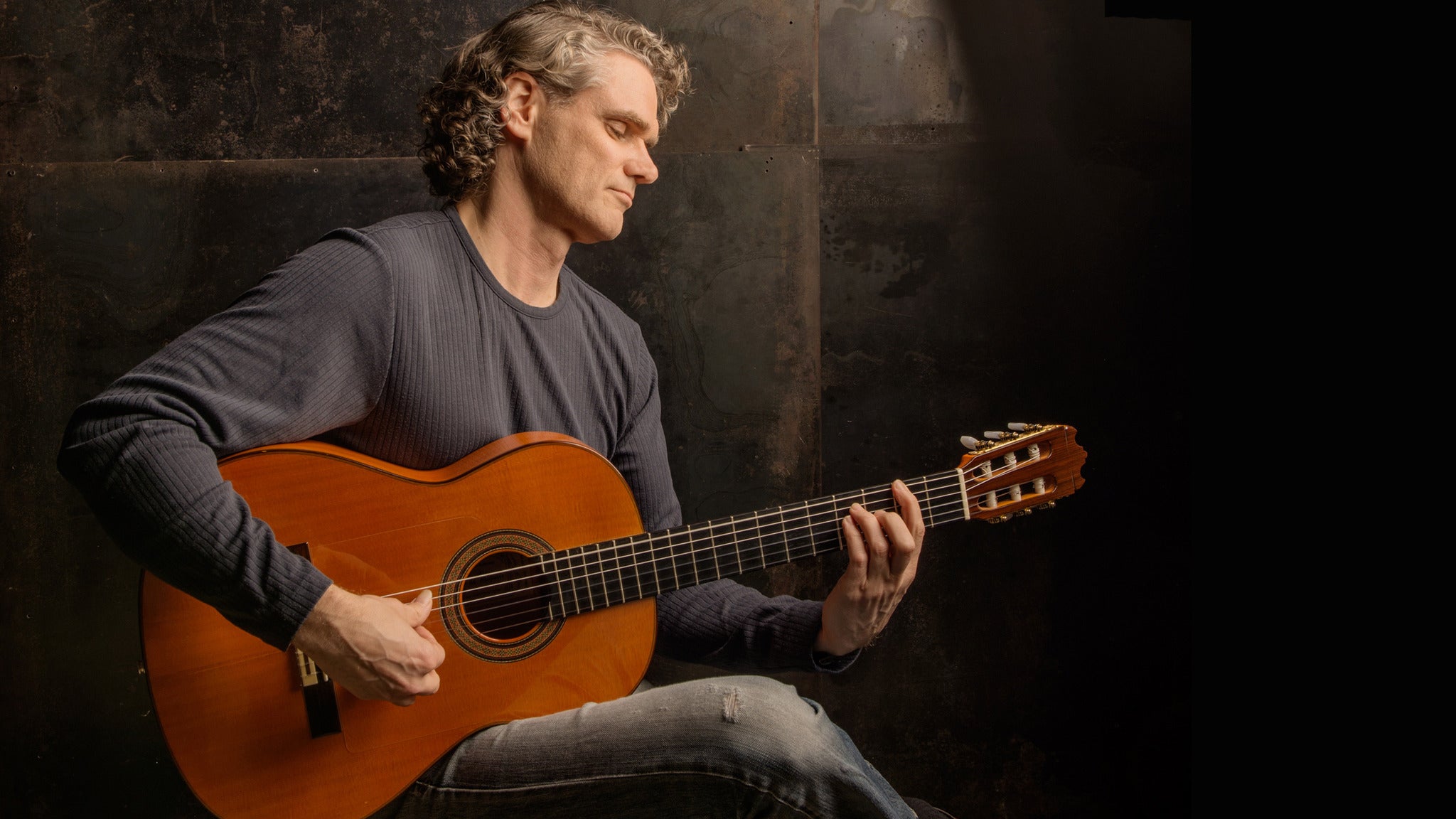 A career spanning twenty five years has brought this Canadian guitarist multiple accolades including a coveted Acoustic Guitar Magazine ‘Player’s Choice Silver Award’, eleven Juno Award nominations (he won for 2001’s ‘Free Fall’), a Gemini Award and, most impressively, ten platinum and gold studio albums. Moreover, he has sold out concert halls the world over, produced five PBS television specials and five live CD’s. Not a bad legacy for a guy who never planned to release an album.

Since launching his career with 1995's Tempest, Cook has blazed an incredible trail. Along with being a global-guitar virtuoso, he's honed his skills as a composer, producer, arranger, performer and, more recently, filmmaker and cultural ambassador. Surprisingly, he started down many of those paths before he even started school. As a child he was introduced to flamenco while spending summers at his father’s house in the Camargue region of southern France. John Cook’s neighbour happened to be Nico Reyes, guitarist for The Gypsy Kings. Meanwhile his mother, Heather Cook, with whom he lived, enrolled him in Toronto’s prestigious Eli Kassner Guitar Academy.

Cook’s musical education continued at the world renowned Royal Conservatory, Toronto’s York University and the esteemed Berklee College in Boston. He set his sights on a career as a composer. That was until an Ontario cable TV company aired his music on the listings channel. "Their switchboard got flooded with calls," he recalls. "People even got my number somehow and started phoning me at home and asking for a CD. And I was saying, 'I don't have a CD, I'm a background composer guy. I don't make records.' " This proved to be a critical turning point leading Cook to self-produce Tempest at home using an eight-track recorder and one microphone. Then he delivered the initial run of 1,000 CDs from the plant to the distributor in his car.