DOCUMENTARY PREMIERE LAUNCH PARTY of The Big Cycle of Life...a Movie featuring the story of a Community Living Well and Dying Well.

With Live appearances by :

Sarnia Lambton’s world-class cycling event and world-class Hospice will featured on the screen at the Imperial Theatre..

The Bluewater International Granfondo and the Bluewater Health Foundation have supported the making of this documentary film promoting the community.

“The living well part, with the cycling events we’ve created, is encouraging people to be healthy and live well. As for the dying well, between St. Joseph’s Hospice and Bluewater Health, we feel that palliative care is looked after here as good as anywhere else in Canada,” said MacAlpine. “What we’re looking at is an inspiring documentary that tells the story of a community coming together to mount a world class granfondo to support hospice palliative care providers by advancing the knowledge base through continued education.”

Health Foundation Executive Director Kathy Alexander said since partnering with the cycling event in 2016 for the inaugural race, it’s allowed the hospital to spread their palliative care story. 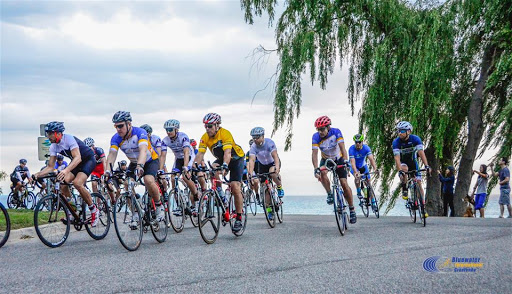