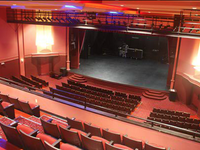 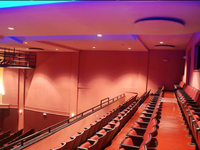 The Imperial Theatre is a facility that includes the 600 seat theatre, two fully licensed bars, the Nova Room - which is available for small functions, the Theatre Box Office, the R. W. Lawton Gallery, rehearsal halls, wardrobe, workshops and administrative offices.

Theatre Sarnia is the legal owner and operator of the Imperial Theatre with business and artistic direction under the guidance of a Board of Directors from within its membership. Theatre Sarnia is one of the oldest operating Community Theatre groups in Canada with it's roots in the Sarnia Drama Club formed in 1927.

The Imperial Theatre receives no operational funding from City, County or Provincial Governments. Ticket sales, Rentals, Donations and Sponsorships provide the major sources of operating revenue. The City of Sarnia provided an interest free mortgage during the rebuilding of the Theatre in 1996 and the required annual repayment was  made on time each year back to the City. The final payment was made on November 30, 2016 with a presentation of the cheque to the Mayor and members of City Council on stage at the Imperial Theatre. Theatre Sarnia is now mortgage free !.

Theatre Sarnia has the following distinct revenue streams from events held on stage at the Imperial Theatre:

The Imperial Theatre has a minimal number of salary employees to run the daily operations of the theatre and is grateful for the many hours of volunteer activity without which the Theatre simply could not operate.

GRANTS : Theatre Sarnia, as owners of the Imperial Theatre, is particularly grateful to the following agencies for their continued support to provide a performing arts facility that is a credit to our community and their generosity.